Thoughts on Messiaen’s 'Quartet for the End of Time'

Thoughts on Messiaen’s 'Quartet for the End of Time'

Late this fall, clarinetist Martin Fröst gave a master class at Juilliard and guitar student Alberta Khoury decided to attend. She was so bowled over that she subsequently went to Carnegie Hall to see Fröst perform Messiaen’s monumental Quartet for the End of Time, which the composer wrote and co-premiered while in a prisoner-of-war camp in Germany in 1940. Khoury, moved, wrote to Fröst about it and he posted her response on Facebook. An edited version appears below.

I left Carnegie Hall in tears. When tonight’s concert finished, it was like someone’s life had ended. A life worth living again. I held my autographed album close to my chest, closed my eyes and tried remembering every player’s role. In the final work in the program, Messiaen’s Quartet for the End of Time, Martin Fröst’s playing was riveting. He began his crescendos so softly—they reminded me of Berg’s Wozzeck—that we could hear the subway rumbling from our sacred space at Zankel Hall. Then I recalled the most profound scene I could imagine. Pianist Lucas Debargue was the heartbeat, ticking the seconds by. Violinist Janine Jansen and cellist Torleif Thedéen were like prisoners—their screams could not halt time. Debargue’s chords reached climactic fortissimos; Messiaen would not let anybody escape. The prisoners weren’t alone. They were suspending us like puppets in a single moment. The final movement did not end until we unanimously decided it would. I felt as though I were beside the performers on stage, intimately recalling the journey together. We were the prisoners, considering the dreaded end. We sat together eyes closed, before deciding it was the end of time. 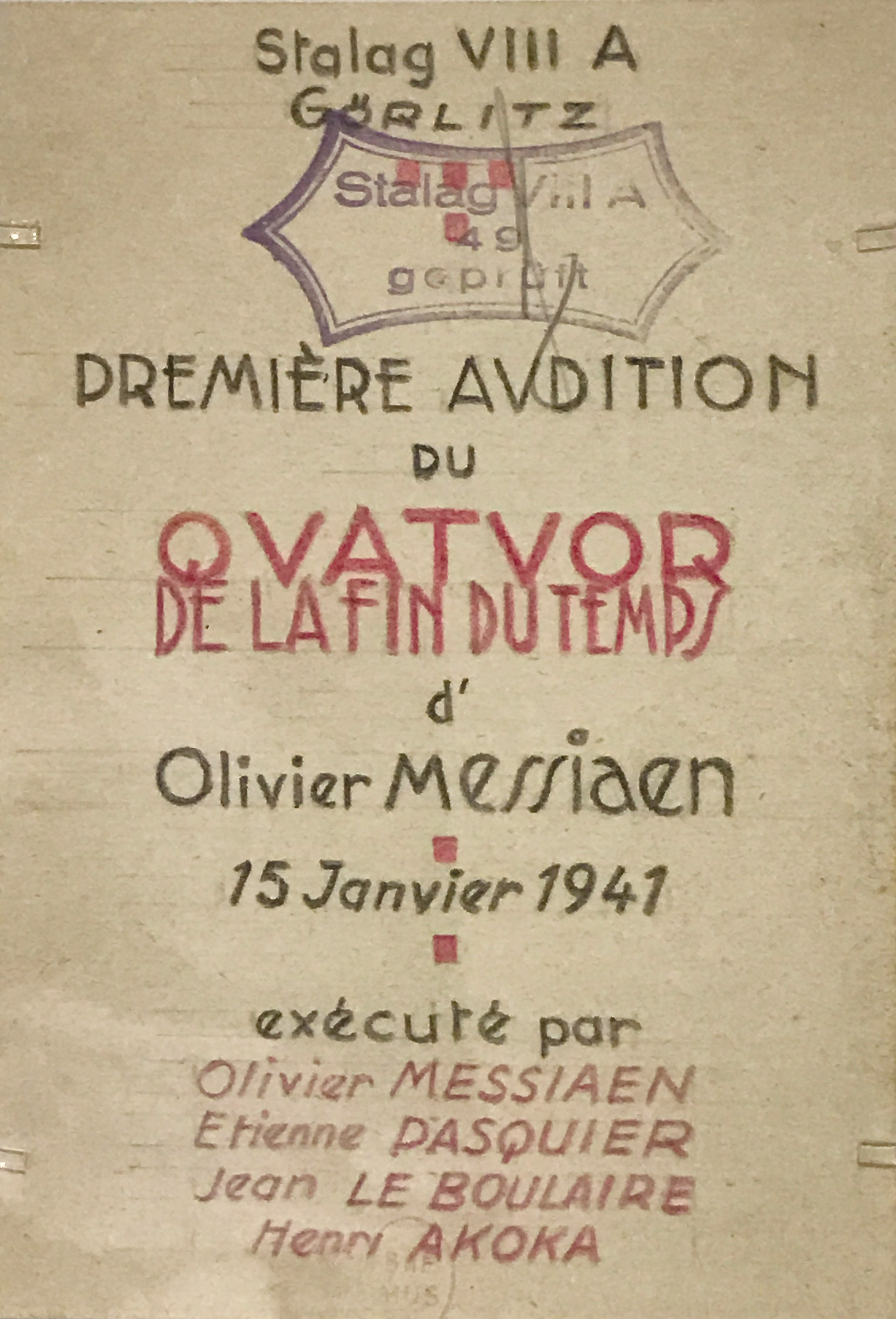 Alberta Khoury is a classical guitarist currently studying at The Juilliard School with Sharon Isbin.

Previous Giving Back
Next No More Posts